Getting Immersed and Uncomfortable in Language Learning 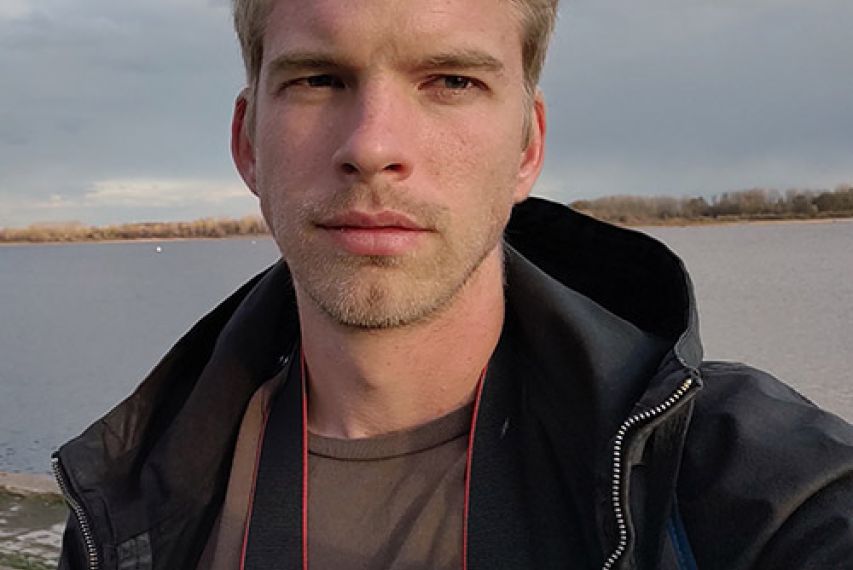 Double-Hoo Alex Misbach takes us back to Shea House from the perspective of the Programs Facilitator and a Russian language instructor. His advice? Think critically in your language learning, take advantage of language immersion opportunities at UVA, and, if you can, go abroad and get out of your comfort zone!

You’re the Programs Facilitator for Shea House. Can you tell us a little bit about Shea House and your role there?

Misbach: Shea House originated out of UVA’s individual language immersion houses, which includes Spanish and French, but previously also had German and Russian houses as well. Once they closed, Shea House, which was originally for East Asian languages became a catchall for all immersive live-in language programs. This is a fairly unique to have this many unique language pods under one roof.

As a coordinator, I manage all these programs. Language programs in Shea House vary from year to year depending on availability of a Language Assistant (who must be a highly proficient or native speaker), a minimum interest level from students, and departmental support. This is the third year I’ve been the Programs Facilitator and this year we have seven different language pods. In total, Shea House has historically hosted eleven languages, at different times.

Because of Covid and the loss of an entire year of programs, we’ve really suffered the loss of word-of-mouth publicity and have been struggling to make sure students know about us. Because we’re off the beaten path of the university tours, often students are not aware that we exist. Financially, not everyone can afford to study abroad, so this is a great option for students.

How did you get involved with Shea House?

Misbach: As a graduate student, times can be tough financially, so I began looking for other student employment opportunities. Because I’m doing my PhD in the Slavic program and there is a Russian program at Shea House, I learned about the position here. It was something new and it was great to see this immersive language experience with all these different languages under one roof. I thought that was unique and could be interesting to be a part of. Also it seemed like a broader application of the skills I was learning in my teaching.

What is your favorite global experience at Shea House or at UVA?

Misbach: In my undergraduate years at UVA, I was an Environmental Science major. After finishing my major requirements, I thought I had finished with college, but then realized I needed forty more credits. So, I decided on a whim to major in Russian and I was really taken with it. In Summer 2014, right before I graduated, I finally took a Russian language class. I did the Summer Language Institute (a 12-credit summer program) in Russian with Mark Elson, who has taught this program for more than forty years. I was really inspired by him and the way he teaches.  After graduating, I moved to Russia for three years. That wouldn’t have happened if not for my experiences in the Slavic program at UVA and that was really the starting point for the path I’ve been on now. After those three years, I came back to UVA to do my PhD in the Slavic program and I ended up teaching alongside Mark Elson in the Summer Language Institute, which was an incredible experience. Now, he’s my dissertation advisor.

I think going far out of your comfort zone is a strategy that pays off in many ways.

What would be your advice to students looking for global opportunities at UVA?

Misbach: Take the opportunity to study abroad! I think it’s really hard to overstate the value in that, especially going somewhere a little different where maybe you don’t even have a good reason to go, or you know nothing about. It will inevitably teach you lessons that no book can, and it can also remind us of how good we have it here in the U.S.. That’s something we talk about in our program with regards to going to Russia. My advice is always to go somewhere else besides the two capitals (Moscow & Saint Petersburg) because going to the more out-of-the-way places will test you in a way that’s not possible in these big cities where you have your creature comforts met and most of the populace speaks English. I think going far out of your comfort zone is a strategy that pays off in many ways.